As the temperatures are getting nicer and nicer, today I decided to enjoy the day, going for a walk on the Tappeiner Promenade in the morning and to the Scena – Verdines Waalweg in the afternoon. As I suffer from pollen allergies, strolling in spring represents some kind of risk for me every time, but it was all right today 😉

I was happy I went up the Tappeiner Promenade this morning, because it was going to be hot already and it was pretty packed with people…! In the afternoon we drove up to St. Georg/S. Giorgio, where we took the Scena – Verdines Waalweg. In my opinion it’s one of the most beautiful trails around Merano, because it crosses some woods and gives expectacular views over the landscape.

Along the way we encountered very few people and all you could here were the shutter clicks of our cameras and the chirps of the birds. I tried to photograph some of them, but they were pretty far away and fast 😉
As we were approaching, I heard a sound on the ground and wondered what it was, as I saw this little silent guy going downwards.

As it saw me coming nearer, the toad stood immobile, as if it was dead, so I could take many pictures of it 😀

As you go further (direction Verdins), along the Waalweg you also encounter farms and hotels. I loved to see the balcony of this farm, because the blue apron is the most typical accessory you will see worn by a South Tyrolean farmer and seeing them there on that beautiful balcony was just so authentic to me, that I had to take a picuture of them. 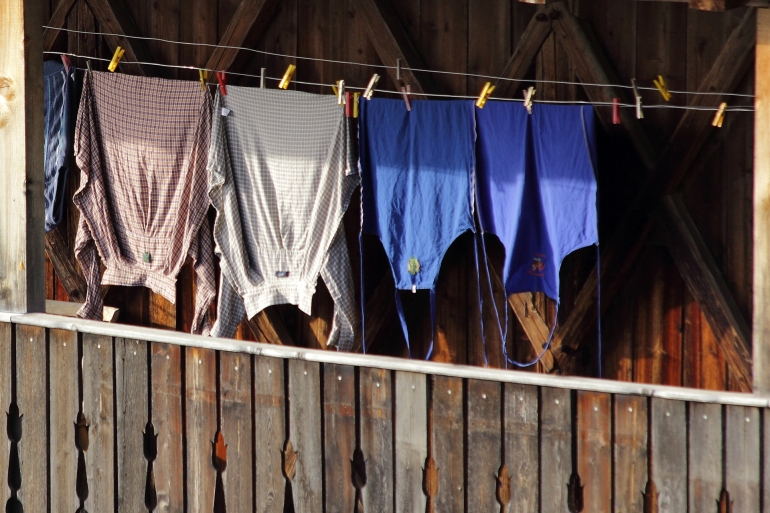 The surprises weren’t finished. At a certain point, not far from the “Taser cabel car” we found a bench with farmer’s honey in small cans. It is pretty common for South Tyrolean farmers (or their children) to organize a small place or take a bench, where they offer some of their products (usually fresh drinks or fruits), asking a small contribution for them. We had to do some shopping and bought some cans!

You won’t get such a good honey sooo cheap in a supermarket…! 😉
This was the first Waalweg of this season, I look forward to stroll about the next!